Born and raised in Arcata, a small town of 5,000 in northern California, I was able to wander in the woods, play in rivers, and deer hunt with my dad.  Wanting to see more of the world than a small town, after high school I went to college at the other end of the state, San Diego State University, as a nursing major.

However, two years into that major, I changed my major to art, an interest of mine since childhood. After graduation, I again moved north and in 1973 headed to Alaska to attend the University of Alaska, Fairbanks for a teaching certificate.  (Since a teenager I had been curious about what was being called “the last frontier”.) During my college years, printmaking was my emphasis, and most of my imagery was the figure or abstract. Besides working on my art, before earning my teaching credential, I worked as a shrimp picker, gift wrapper, nurse’s aide, hospital lab assistant, bartender, cocktail waitress, waitress, sporting goods clerk, fork lift operator, and film mailer.

To get a teaching position, I returned to California and was hired by the Pacific Grove Unified School District on the Monterey Peninsula.  Except for the year I taught at the American School of London, I worked there for thirty-four years, teaching every grade K through 12.

I was unable to return to Alaska to live full time until my retirement from teaching in 2009. However, in 1986 on a return flight from London, I stopped in Alaska to travel along the road system. I was so taken by the land that I came back to Alaska every summer after that.  In 1988 I made my first trip into the Brooks Range, the Wind River in the Arctic Refuge, and have returned to Alaska’s Arctic every year since. In 1998 I bought a lot at Wild Lake on the south side of the Brooks, and we now have a 12×12 cabin there.  These wilderness experiences completely changed the direction of my art.  I now am a landscape painter, something that I did not even conceive as a possibility when I was young.  Then I assumed most of my work would be abstract, but, of course, those thoughts on my work were before I encountered the raw power of Alaska’s land.

I now live in Fairbanks with my partner, Ron Yarnell, and our lab dog.  We travel as often as we can to Alaska’s arctic, our favorite places being on the north side of the Brooks Range in the Arctic National Wildlife Refuge. 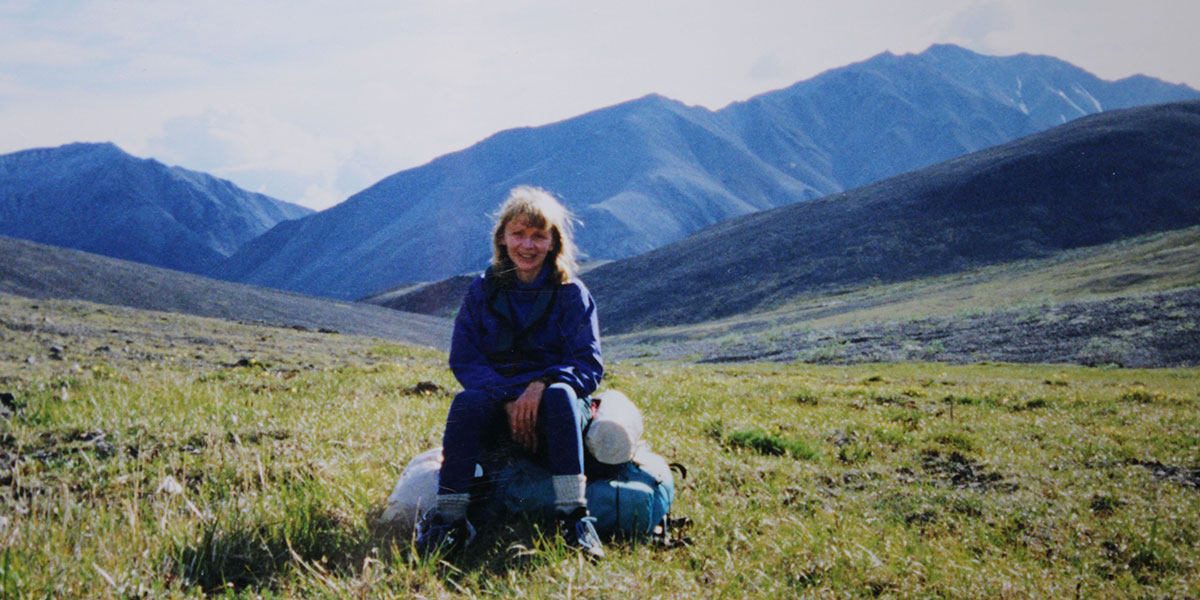 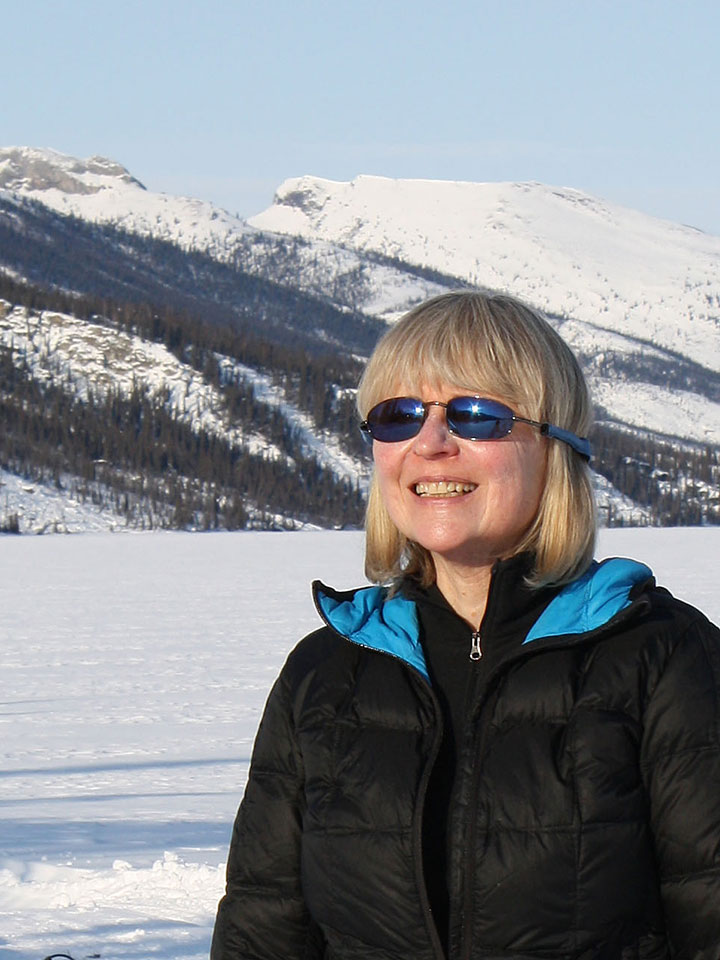 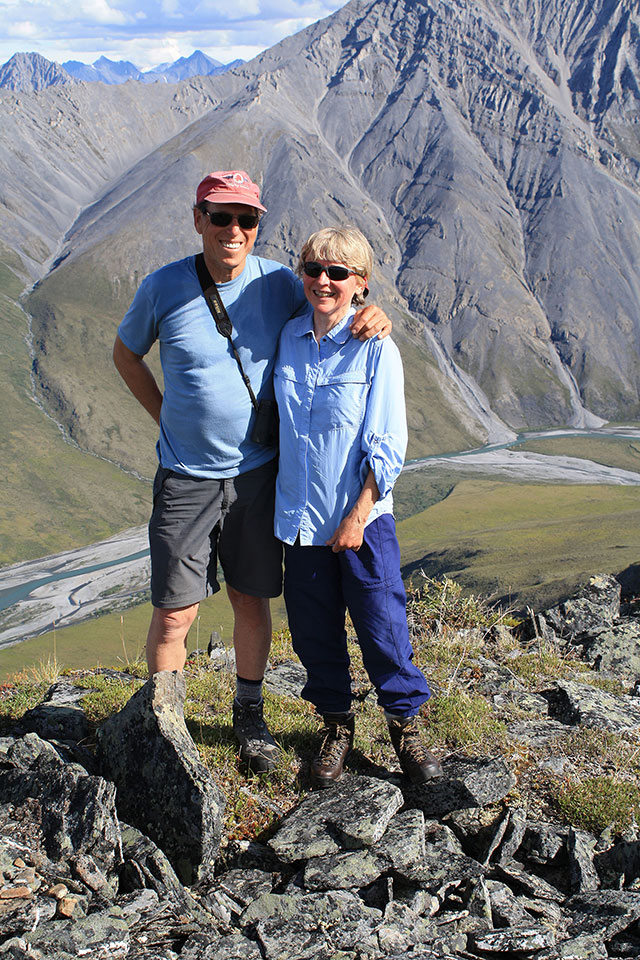 About Paintings of the Arctic

In 1988 I first visited the Arctic National Wildlife Refuge – a trip that would forever alter the direction of my life and art work. Looking down during that first bush flight at the seemingly endless mountains, I knew that I would be returning many, many times.  Since then I have visited the Brooks Range every year, sometimes doing four trips a year, usually to backpack, hike, raft, canoe or stay at our cabin at Wild Lake.

The Brooks Range’s seemingly untouched space, wildness, and rock mountains attract me.  I prefer seeing a mountain’s bare structure and not having to guess what is beneath trees and vegetation. The north side of the Brooks is north of tree line, so it is “rock heaven” for people interested in geology.

Some people are into the “power” of Alaska’s land; by contrast, I am more interested in its peacefulness.  I like nothing better than to sit and get lost in the land’s colors, patterns, and space and feel the presence of God and my ancestors.  Due to gentle eroding forms, subtle colors, and sensual lines, much of the Brooks has a softer feeling, thus a more feminine feeling, than other well-known areas of Alaska as the Alaska Range or Wrangell St. Elias.  The Wrangell St. Elias area reminds me of a testosterone driven teenager, whereas the Brooks reminds me of ancient, wise old women.

Being in the Arctic and seeing a world that was just allowed to be, somehow transports me to a “special place”.  And the feeling of “that special other place” is what I hope to capture in paint on canvas. 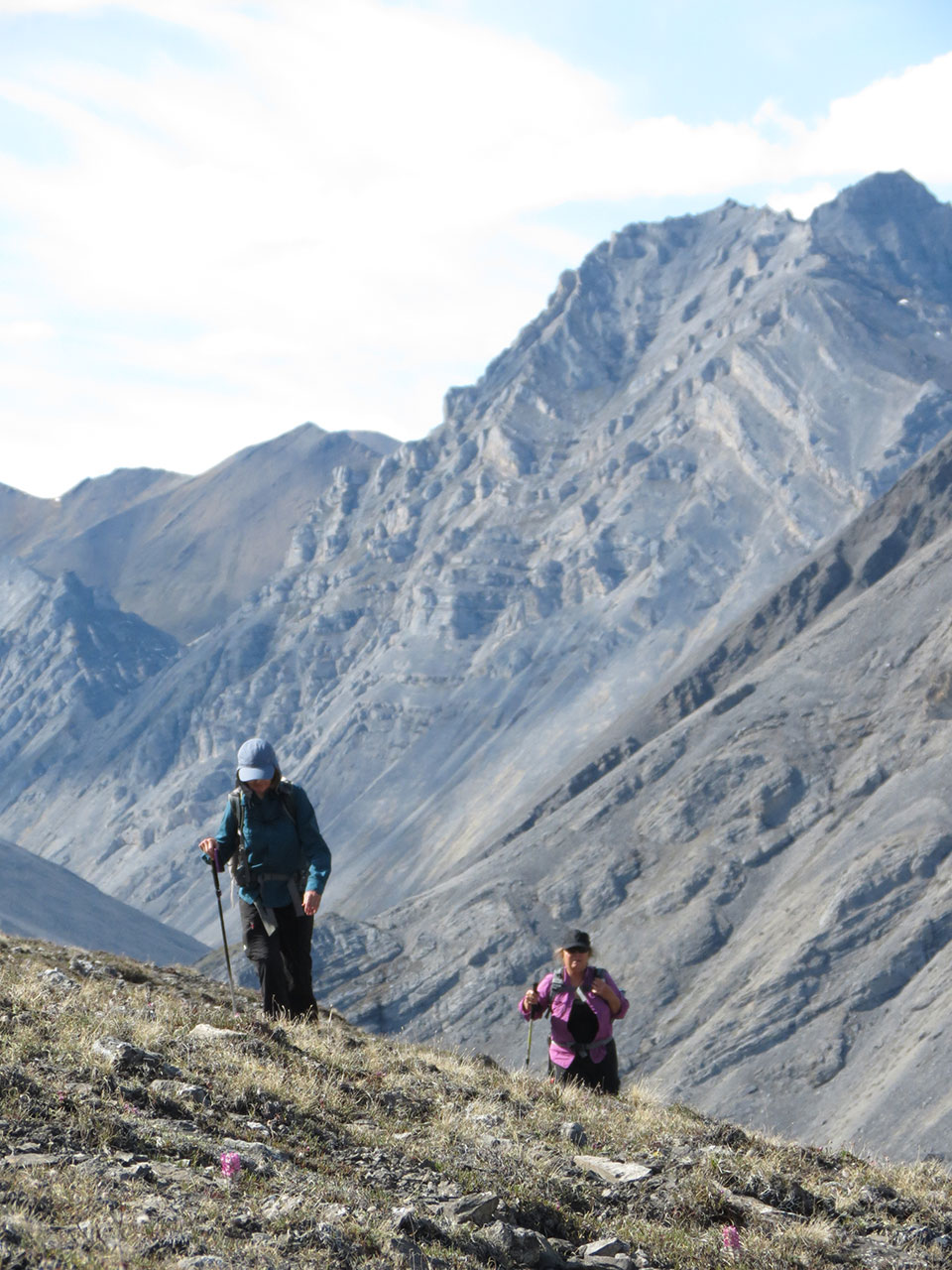 In terms of my involvement with creating art, I have an old life from decades ago, my hiatus when I taught English from 1990 until 2009 and did little to no artwork, and my new life since September 2009.

New Life Since Moving Back to Fairbanks in 2009

(Although I did not again live year round in Alaska until 2009, I visited the Brooks Range every summer from 1988 until present)
I started painting in the winter of 2010. Until 2010 I had done very little painting, since my work decades earlier had been mostly in printmaking. 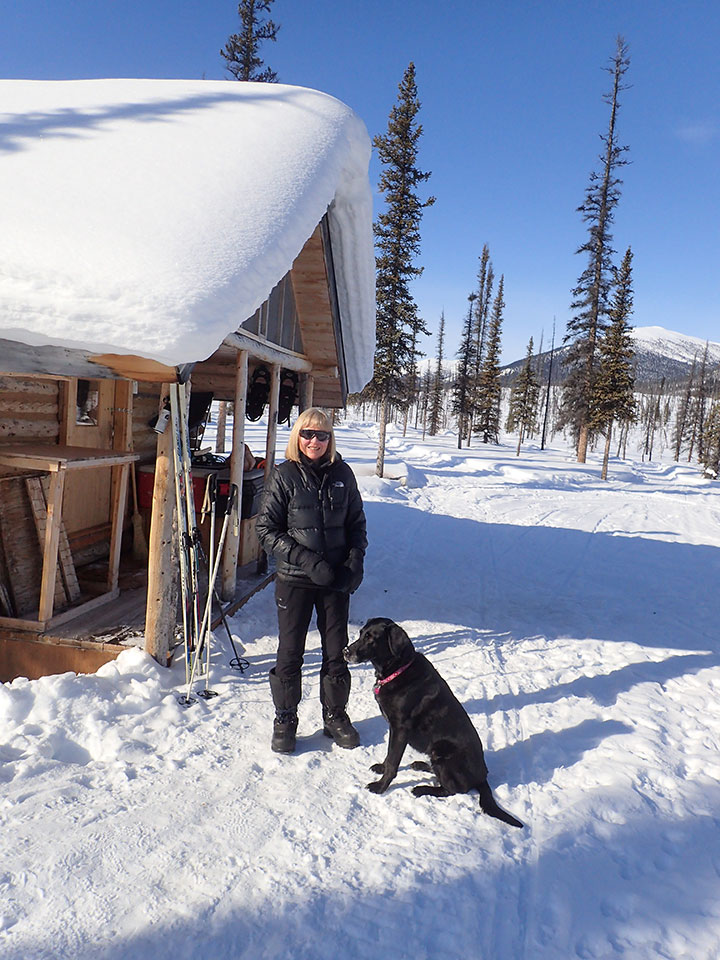 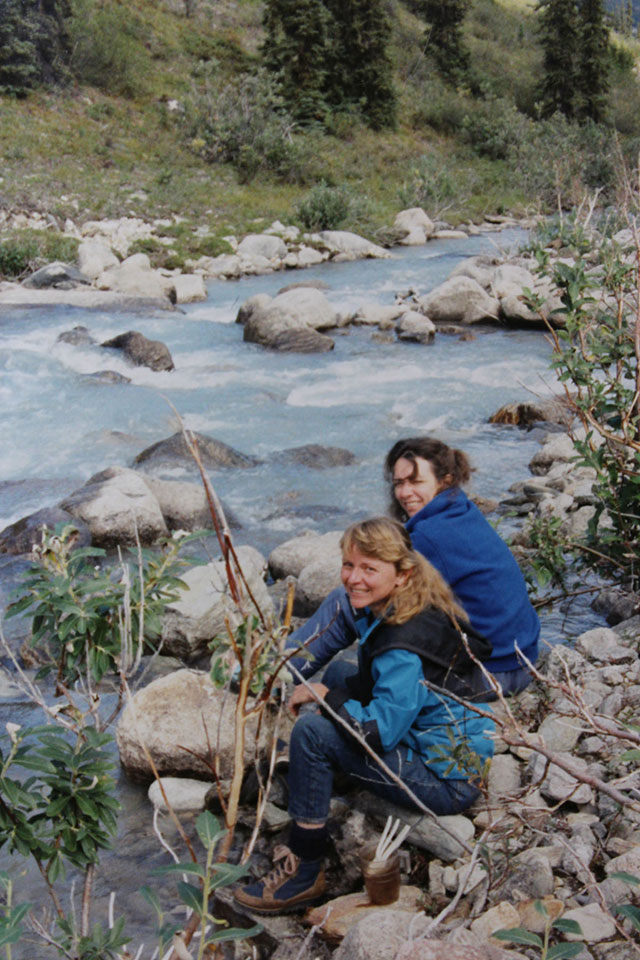